Honey bees represent only a small fraction of the roughly 20,000 known species of bees. A honey bee colony, known as a hive, generally contains one queen bee, a few thousand drone bees (male) and tens of thousands of worker bees (female). Honey bees are considered a superorganism because their colonies are made up of many distinct individuals that divide up the work of foraging for food, caring for young, constructing the nest and defending the colony. Bees have highly complex forms of communication that allow the hive to make consensus decisions. 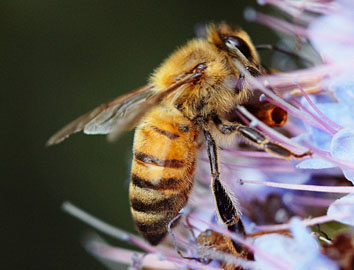 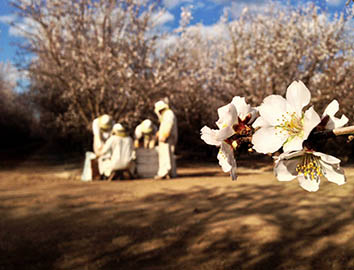 Keep calm and carry an Epi-Pen

“The most common concern about honeybees is bee stings. Honeybees are not aggressive by nature and are unlikely to sting. Only 0.4% of Americans report an allergy to insect stings in the U.S., and almost none of these are caused by honeybees. In addition, less than 1% of the US population is at risk of systemic reaction to stings by honeybees. Severe reactions from the sting of any one insect in a year are 1 in 5,555,556. The chance that someone will be hit by a car is 59.3% higher.” (JustFood.org) 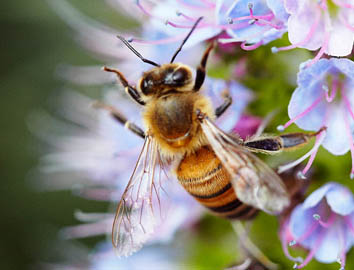 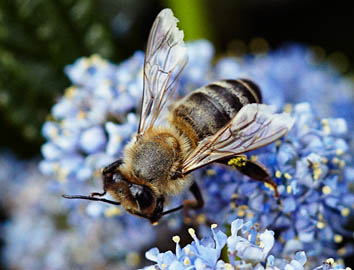 SHELTER: Put out a swarm box in your garden to catch swarms! 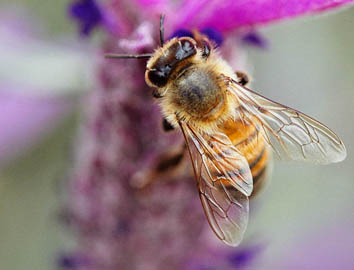 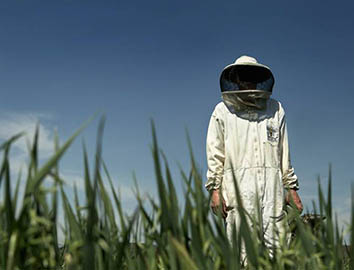 HOW TO HELP HONEY BEES

Here’s what you can do